Blogs, podcasts, and speeches are filled with inspirational rags-to-riches and “over night success” entrepreneurial stories that are meant to motivate and inspire.

This is not one of those stories.

As an entrepreneur, I’ve often found myself a demotivated by those tales. I would feel like, “Man! These stories are EVERYWHERE. These people make it seem so easy. They are achieving success so fast!” I would think that because I struggled, something was wrong with ME. And then… depression.

I’ve had the good fortune of knowing many of those “over night successes” who make things seem SO EASY. And while their marketing will have you believe that they unlocked their secrets with little to no effort, that’s never the real story.

When you sit down with them at the dinner table, they ALL had a much more difficult path than most people know.

I discovered that learning about mistakes and missteps is more helpful and motivational than the superhuman stories. When I realized that NONE of them really knew what they were doing at the time, they were just hoping for the best, and it’s only in hindsight that they claim exceptional forethought, I found peace in knowing that I’m no different than them. My mistakes don’t feel as epic, because they’ve made the same ones. My struggles don’t feel as shameful, because they’ve had the same ones.

I’ve reached a point in my career when I now see the hopeful look in someone’s eyes that asks, “What’s the secret?” When people meet me after one of my speeches, they want to know “How did you do it?” They look at my story and I’m sure they they, too, think that I “make it look easy.”

(It seriously hurts to read that last sentence because nothing about it has been easy. I have enjoyed it, but it hasn’t been easy.)

Every mistake. Every regret. Every self-created obstacle.

I hope that by mapping out my bumps in the road, you can avoid them or not feel so bad if you have hit them, too. 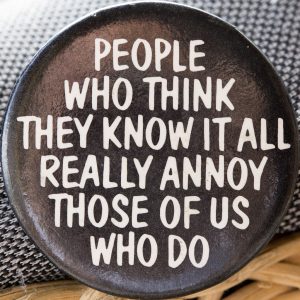 One of the beautiful things about being in the “thought leader” space is that you get to surround yourself with other thought leaders. Thought leaders are some of the most generous people – especially when it comes to giving advice. They want to help. They are designed to help. But, that doesn’t mean that their advice is always helpful.

A common trait among the expert community is that many experts are drinking their own Kool-Aid. They believe their expertise can easily fix you, your business, and your problems. As a result, advice flows from them. “Here’s what you should do!” is a common phrase.

There was a time when I tried to take everyone’s advice. I thought that because they had accomplished more than me, they must know more than me.

Two problems with that…

First, I was trying to implement so much at once, that very little was accomplished. Second, I failed to realize that just because one approach worked for them, it doesn’t necessarily mean it will work for me, or you. So there were times when I took bad advice because it wasn’t a match.

Over the years, I’ve developed the ability to filter advice and advice givers. If someone gives advice without first asking for CONTEXT, then that advice is now put on yellow alert. Before I take action on advice, I decide if what they suggested matches me, my personality, my goals, what I enjoy doing, and my situation. Advice without context is dangerous. Move forward with precaution.

Trying to Be Everywhere

Here’s a new problem for today’s entrepreneurs. The internet has a plethora of platforms that “you absolutely HAVE to be on.” And like many of you, I tried being on all of them, all the time, all at once. Needless to say, it didn’t work out.

I know that this is still a battle for many of you too, because it came up in a recent Persuasive Profits class. One member said he hates creating videos. He doesn’t like seeing himself on camera. And yet, when we were setting business goals, he said he wants to get better on YouTube.

He got it in his head that he HAD to do videos. Instead of doing something he would enjoy and be consistent with, he was going to white knuckling his way through creating videos. (After all, it’s not really considered work unless it’s hard, right?… More on that later.)

Trying to be everywhere all at once is futile. The one exception is if you have a big enough budget for a team of people to help you accomplish that goal. In which case, cool! However, for most people – especially when they are starting out – it’s a mistake to try to be on all platforms.

Here’s what I had to learn. Consistency on one platform is more lucrative than being inconsistent on multiple platforms. Once I made the decision to be more consistent in one area, I was pleasantly surprised at how many leads started showing up. PLUS, because I picked a platform I actually enjoy doing, the work didn’t feel like work. That was a revelation in and of itself.

The Other Social Media Trap 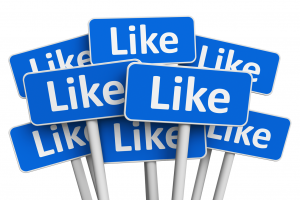 The dopamine hit from likes and comments on social media is powerful. Every day you want a bigger hit than the last. But likes aren’t everything. I know people who have a huge social media following, but they aren’t getting clients. They are actually struggling to pay the bills. I also know people who are practically ghosts in the online space, but are making bank because they know how to build relationships IRL and makes sales.

There is no one-size-fits-all for business models. Not anymore. Not in today’s world. You get to determine how important social media is to your business strategy.

Also, here’s a funny thing I’ve noticed in my own social media game. Someone would read a post and then contact me directly. Then, they’d become a client. Not once did they stop to like or comment on the post. They just took action – the type of action that DOES pay the bills. Some of my more successful posts – meaning they generated new business – didn’t actually get as many likes as some of my more “popular” posts – meaning likes and comments.

Your scorecard doesn’t have to always include social media.

Again, it’s about playing to your strengths and building a strategy around those strengths. Your an entrepreneur! YOU get to make the rules!

Not Asking for Help Soon Enough

Man, oh, man. Was this a big failure on my part. I put up a very strong, “I’ve got everything figured out” front for a long time. I was afraid to show vulnerability about my business, because, in my mind, that would show weakness and people would see me as a failure. So, even when amazing people would ask me if I needed anything, I foolishly would said, “Nah, I’m good!”

When I finally broke down and let trusted advisors know my struggles, I realized how silly I had been. Breakthroughs begin with, “I need help.”

Tweet This  I allowed myself to suffer longer than I needed to, just because I thought I had to show strength.

I’m not saying that you should reveal your business wounds to everyone. Just don’t push people away out of fear. You find new levels of strength by sharing your weakest moments.

The “Yeah But” Monster

I would have my most successful product launch. … Yeah, but it’s not close to what that other guy is doing.

I would book my highest paid speaking gig. … Yeah, but a friend of mine is getting more than that.

I would get a new client. … Yeah, but I probably could have charged more.

Time and time again, I would compare my wins to others… and turn my wins into failures. The “yeah but” monster loved to eat away at my confidence by undermining every successful step I would take.

The “yeah but” monster loves to keep you in the scarcity mindset because no matter what you do, it’s never enough.

I had to train myself to celebrate my wins – no matter how small. I had to fight against my mindset, because it was mostly concerned with my (potential) defeats.

So, if you have a “yeah but” monster eating away at your entrepreneurial soul, tell it to shut up. Create your own rituals (big and small) for celebrating your successes (big and small).

Believing My Decisions Were a Big Deal 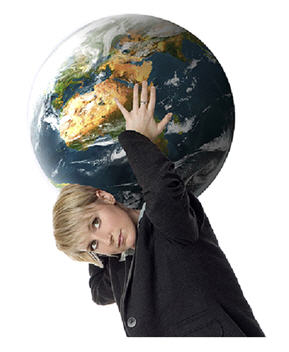 This one is difficult to fight.

As an entrepreneur you want to make “the right” decision. One wrong step could mean complete company annihilation!

At least that’s what the scary voices in your mind tell you.

I’ve seen entrepreneurs struggle with choosing the RIGHT niche, wanting to make the RIGHT product, and thinking that their website needs to be JUST RIGHT.

It’s all a smokescreen. Entrepreneurs forget that we have a luxury that large corporations don’t: the ability to make a quick pivot.

I found freeing when I realized that most business decisions have a shelf life of 30-90 days. You can improve upon a decision within that time or, if need be, you can scrap the whole thing. Nothing is permanent.

Of course, you have to give your decision its proper lifespan. You can’t choose a new niche market every day. Once you decide, stick with it…but just for 30-90 days. Then you can decide if you want to keep it or scrap it.

Your decisions aren’t as earth-shattering as you might believe. And that’s a good thing!

What will really shatters your world is not making any decisions at all.