We all have that one person who can really push our buttons. No matter what they do, they seem to easily (and perhaps purposefully) set you on edge.

They always say something passive aggressive that makes your blood boil. They never listen to your ideas because they are always distracted on their phone. They always make the same mistakes and you have to keep cleaning up after them.

You might work with these people or be related to them. They aren’t going anywhere. And that bruise on your forehead from beating it against the wall is really starting to show.

What can you do?

What would an influential person do?

Well, I’ll give you a hint. The answer lies in 2 words I used above in the description. Here it is again:

They always say something passive aggressive that makes your blood boil. They never listen to your ideas because they are always distracted on their phone. They always make the same mistakes and you have to keep cleaning up after them.

Did you catch it that time?

Influence begins in the mind. An influencer is always on the lookout for opportunity. Influential people know that the right combination of circumstances could trigger the change they want to see.

You can not have an influential mindset and a victim mentality. The two cancel each other out.

Influencers look at what they can do. Victims only see what is done to them.

You cannot see opportunity and oppression at the same time.

In the description above, there are two words that are blocking influential potential.

The two words are always and never.

Victims live in a world of absolutes. (People always do this. He never does that.)

There is no wiggle room when you use these words to describe a person, behavior, or a situation. When you say always and never, your brain shuts out any evidence to the contrary – which means you miss out on influential opportunities.

Absolutes limit your view about yourself, your situation, and the people around you.

Always and never paralyze your ability to make change.

Whenever you say “something is always like this” or “someone never does that”, you’ve told yourself there is nothing you can do.

A victim succumbs to unseen forces that dictate their circumstance. “There’s nothing I can do. It’s just always been this way.”

An influencer questions everything. “I wonder what would happen if I changed things up and did that differently.”

The Inner World of Influence 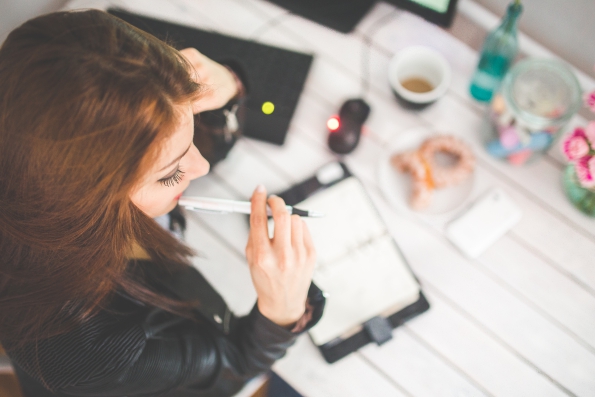 The three steps to influence are as follows: Observe, Connect, Influence.

Observation is the foundation of influence. Usually when I talk about Observation, it is about observing your “mark” – the person you want to influence – and what to look for.

However, influential observation isn’t limited to just your mark. You also need to bring observational awareness to yourself. The words you use every day shape your perception, and therefore your reality. An influencer thrives on curiosity and exploring possibilities. Using absolutes, like always and never, builds a wall around your curious mind.

These two words can destroy a company culture and I saw it happen when I was consulting a company in turmoil. It was one of the most toxic atmospheres I have ever been in.

The company recently lost members on their leadership team. It was a difficult transition that wasn’t handled well. The company culture became untrusting and non-communicative. It was my job to fix it.

As I talked with the remaining leadership team, I kept hearing things like “Barry always says no to new marketing” or “Sally never lets anyone lead projects” or “Dan always says yes to requests, but never follows through.”

Everyone was using limiting statements about their team. They were no longer curious about finding ways to lead or influence their colleagues. They had become victims to their world of “absolutes.”

Using absolutes create a judgmental mind. You are no longer Sherlock Holmes hunting for clues to crack the case. Now you’re just a movie critic pointing out flaws in everything around you without seeing solutions.

You cannot influence someone you are judging.

And this includes yourself.

“I’ll never grow my company to be that big” or “I always struggle with marketing” or “I never get those kinds of opportunities” are all limiting thoughts that are training your brain to maintain an unfavorable status quo.

Please allow me to introduce your new linguistic best friend: the word sometimes.

With sometimes you acknowledge that you have a challenge while still giving yourself permission to see growth opportunities and ways to change it for the future.

Sometimes brings you back to a possibility mindset, not a judgmental one.

How to Use These Words to Your BENEFIT

There are two sides to every coin. The same is true in influence. A liability can be turned into an asset.

You now know the limiting effect that always and never has on relationships, yourself, and your influential potential. That doesn’t mean you still can’t leverage them.

Always and never are Identifiers (from the Influential VIBES). Identifiers reveal how your mark perceives themselves.

For example, your mark says, “I always hate graphs and charts. I’m just not good at interpreting them.” Your mark has given you an important clue: avoid charts, graphs or spreadsheets in your presentation to them, no matter how much you personally might love them. If the graph is necessary, be sure to add context, stories and examples that help translate the data.

Your mark might say, “I’ve never really understood why people like Marvel movies so much” (First of all, cut that person out of your life. You don’t need that kind of negativity.)

Your mark has just outlined to you a genre they do not identify with. So when you’re influencing them, stay away from superhero references. Otherwise your mark will have a negative association with your message because you’ve used an example they don’t relate to.

Remember, we try to influence others how we want to be influenced.

So, if you love movie references, you’ll likely use them to explain your ideas. And if someone were to use a movie reference with you, you would connect with them and their idea quickly. However, if you keep using movie references on a mark that isn’t a movie buff, then every reference puts you a little further away from “yes.”

On the other hand, if you listen for your mark’s identifiers and incorporate them into your influential conversation, your mark will think, “OMG! This person totally gets ME!”

This is how you turn a 2 hour sales conversation into a 25 minute one. By incorporating your mark’s identifiers in your message, you will sell them on your idea in less time.

Keep an ear out for absolutes containing “always” or “never.” Notice when you are using them and cut them out. Use sometimes instead. On the flip side, if your mark uses an absolute, make note. You will be able to leverage it when needed.

Have you thought of when you use always and never? Can you think of the limitations it creates? Let me know your thoughts and lets keep the discussion happening over here: