One Influential Word That Can Make A Huge Difference 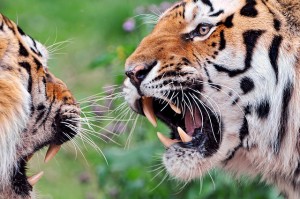 In my recent article for Entrepreneur about The Art of Having a Productive Argument, I outlined ways that arguments can improve and strengthen your corporate culture and relationships.

I wanted to follow up that article with a bonus tip for my blog readers.

One of the tips in the Entrepreneur article was to be sure that you are framing your argument around what you desire, not what you are wanting to avoid. It’s generally easier for us to be very clear about what we don’t want rather than what we do. But, in an argument where you’re trying to entice change, you’ll get better results if you provide a clear vision and action steps for what you do want.

Once you have that vision and can clearly articulate it, you’ll increase your influence if you connect your request with a very magical word.

No, the word isn’t expelliarmus.

The word is because.

In his book Influence, Robert Cialdini describes an experiment where the word because greatly influences a positive outcome. The short version of the experiment is this:

But, here is where it gets interesting.

It would seem that what caused the boost in compliance was the compelling reason, “because I’m in a rush.” So, they made an adjustment for the third round.

Round 3: Person asks, “Excuse me, I have five pages. May I use the Xerox machine because I need to make some copies?”
Result: 93% compliance

Really?! “I need to make some copies” was influential? Of course the person needs to make copies, that’s why everyone is standing in line!

Turns out that the influential magic wasn’t in the reason given, but rather in one word: Because.

Giving a reason for your request or desire increases your influence.

I was on a coaching call with an executive client who wanted to draw out one of his employees to be more vocal and opinionated in meetings, but it wasn’t working.

I asked him, “Why is that important to you? If he were more opinionated, what would you get?”

“Well,” he said, “I welcome different opinions and push-back because I think that it helps us make sure that our ideas are stronger. I want people to disagree with me because they might see something that I missed.”

(By the way, this philosophy  about disagreement strengthening ideas is very similar to Steve Jobs’ perspective in my previous article.)

“Okay, great.” I said. “How have you asked him to do that? What specifically have you said when you requested that he be more vocal?”

“I just said, ‘hey, I really want to hear you opinions. Don’t be afraid to share. I want to know what you think.’”

“Okay, here’s the deal.” I was excited because I knew this would be a quick and easy fix with solid results. “Your request was very clear. What you asked of him made sense, so that isn’t our problem. What I didn’t hear from your request when you talked with him is the why. He might not understand why being vocal is important to you. He doesn’t see the reasoning behind the request. Remember when I talked about the power of “because?” (He had taken one of my influential training courses.) “You didn’t have a because in your request. So, next time, be sure to tell him exactly what you told me with the why by saying because.”

It was a great A-ha! moment. I love it when that happens with my coaching clients!

Tying this back to the discussion about arguments…

Many arguments stem from the fact that one person doesn’t understand the reasoning behind the other person’s need or request. They are being asked to do something or change something, but they don’t see why.

When you find yourself coming up against this obstacle, take a moment and ask yourself, why is this important? Then use the magic word, because,  next time you talk to the person.

You might see a little a-ha moment of your own when they say, “Oh! I didn’t know that! Okay, no problem.”