Skip to content
Previous Next
Choose Your Sales Equation

Let’s talk about how we feel towards selling and sales.

Resistance seems to bubble up with sales and selling because images of slimy, skeezy used car salesmen tend to surface. (Which really isn’t fair to used car salesmen. I’ve known some very nice, professional ones. But the archetype still creates negative feelings.)

For most people, selling is associated with being pushy – someone peddling some too-good-to-be-true product using high-pressure techniques.

It’s no wonder why you might get an icky feeling when thinking of selling. You don’t want to come across as another skeezy salesperson.

And this is why entrepreneurs, in particular, resist and struggle with sales. You are probably afraid to be associated with the negative stereotype of selling. As a result, you might self-sabotage your business growth because you avoid directly asking for the sale or you simply just do poorly at it because you beat around the bush and aren’t clearly communicating your value.

In entrepreneurship, you are also faced with another difficult hurdle. You see, selling as an entrepreneur becomes a more complicated because you’re not just selling something, you’re selling you. You are selling something you created. You are selling your skills. You’re selling a piece of you. And so, if someone were to say no to your product or service, you feel as though they didn’t just turn down an offer, they rejected YOU. This makes the head games of selling even more daunting.

So, let’s talk about:

Then, we’ll talk about:

If you flinch at the idea of “having” to sell, it’s because old models and stereotypes have poisoned your perspective.

There is a better way. One that is enjoyable and allows you to connect to the people you talk to, not push them.

Hollywood hasn’t done us any favors in portraying go-get-’em kinds of salespeople. In Glengarry Glen Ross we learned that “Coffee is for closers!” We also learned our ABC’s of selling: Always Be Closing.

In Wall Street, Gordon Gekko tells us that “Lunch is for wimps.”

Sales in these movies and others make selling about winning and losing. Selling is a battle between you and the prospect. If you sell them, you win. If you don’t, you lose. This high-pressure, take-no-prisoners, testosterone-fueled approach to sales is enough to give anyone acid reflux.

For me, one of the most frustrating sales depictions was in a montage of The Wolf of Wall Street. 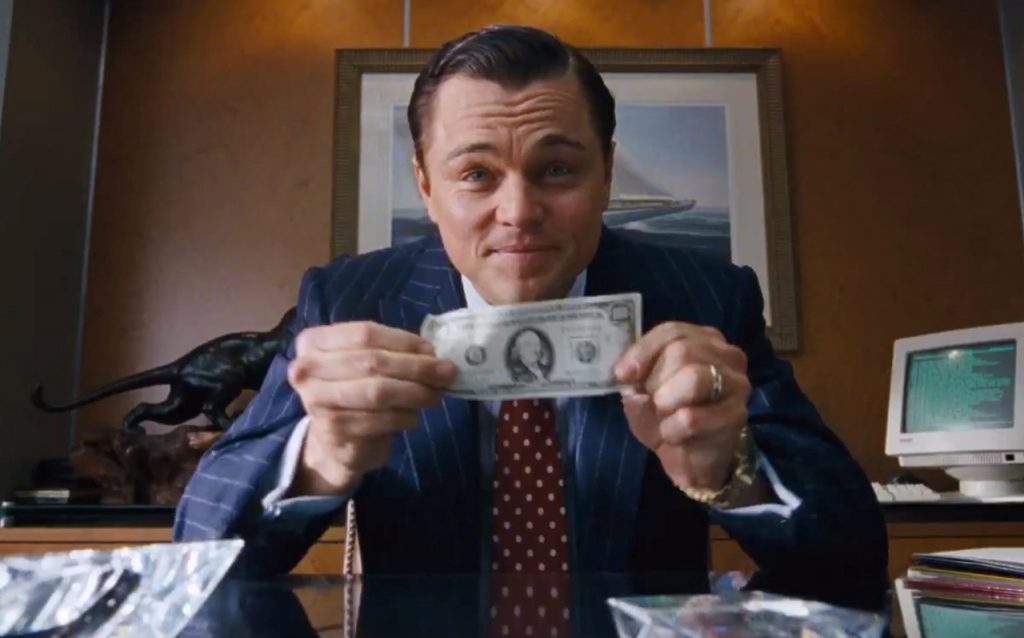 The film is based on the life, success, and follies of Jordan Belfort who made a fortune as a stockbroker in the 90s. Unfortunately, he also broke a few federal laws while doing it.

One of the more memorable scenes in the movie is when Belfort (Leonardo Dicaprio) is training his team on how to sell stocks over the phone. Belfort demonstrates his sales conversations and seems to master every word, intonation, and nuance. So much so, that he writes out the sales script and teaches his team to deliver it with perfect precision.

The sales script appears to be magical because the team starts closing sales one after the other. All they do is pick up the phone, say the script, and boom! New client.

Of course, the movie undoubtedly romanticizes this scene. The script could not have worked 100% of the time, but it must have had enough success in real life because they business did grow.

This montage of cold-call selling was very difficult for me because it contained everything I hate about sales. It had pressure tactics, it degraded the prospect, it had confusion techniques, and status ploys. It was pure slime. And yet…. It was working.

How can this be?!

In my work I want to prove to the world that influence can be a positive force. Influence is something that everyone can and should tap into. I want to show how you can be influential and still be in alignment with your integrity. I want everyone to have influential tools so they can be the kind of leader people want to follow.

Was this movie proving me wrong?

I wrestled with this for weeks. Thankfully, my eureka moment finally happened.

I realized that numbers are a very important factor in choosing your sales equation.

You see, for the Wolf of Wall Street types of people, their approach to sales is a numbers game. They aren’t trying to make any meaningful connection. They aren’t offering any customization. And the usually are terrible at customer retention.

There entire game is: talk to as many people as possible; you’re bound to close some if you talk to enough people.

This is the spray and pray version of sales.

If your sales strategy is simply about accumulating calls like notches on a belt, then yes – it’s true – you don’t need many influential techniques. Pick up the phone. Use the only technique you know. Hang up. Do it all over again. Ad nauseum. If you only have ONE tool – like a sales script – then you must talk to as MANY people as possible. One for many.

However, most of us don’t and can’t operate with that sales equation. Approaching as many people as possible doesn’t work. The higher you fees and the more niche your business, the pool of people you must persuade shrinks.

There’s only a handful of investors who could invest in your business.
There’s only one decision maker in the department.
You only have one wife/husband to convince to vacation in Bali instead of Big Bear.

This is the difference between having an influential technique and being influential.

When you need to persuade ONE person, you need MANY techniques available to you.

Being an influential person requires flexibility in your communication. You need to tune in to what is compelling to that one individual. And then, adjust accordingly for the next person you talk to. The interest of one high-end coaching client might not be the same as what interests the next.

Today’s Marketplace is Smarter and Expects More From You

The internet has actually made our customers smarter and more demanding for this kind of selling. Marketers across the world are spending millions of dollars to create “targeted ads.” Meaning, one demographic will see one version of an ad for a product, while another demographic will see a different ad for the same product. In fact, marketers are even creating fully customized webpages for multiple demographics, but all still selling just one product.

So, how in the world does it make sense anymore to limit yourself to a sales script? I am baffled at how so many entrepreneurs are buying the “XYZ script for fantastic sales” or “how I closed X amount of clients with THIS script.”

Why would you want to be more robotic when even the internet is communicating on a more personal level?

Isn’t it better to develop the vocabulary, skill, and flexibility in your personal communication to BE influential? To make it a part of who you are…not a part that you’re playing.

Your customers are demanding that you be able to make a connection, make them feel seen, and create a unique experience… not a rehearsed one.

When you are doing the spray and pray version of sales, you are trying to dictate a sale. But if you’re an influential person, you are collaborating with your prospect toward the sale.

So, if anyone tries to sell you a miracle script, just know that you are limiting yourself to the equation one (technique) for many (people). But if you’re interested in finding your own voice, and would like to have control in any situation, then you must flip the equation and have many (techniques at the ready) for one (person).

Influence comes from intelligence, not imitation.

Let me know your thoughts about this article. Let’s keep the conversation going on Facebook.