Skip to content
Previous Next
Traveling Through Influential Communication

When people are first introduced to this world of influential communication, they naturally feel overwhelmed at first. There are many moving pieces – body language, techniques, profiling, strategies, etc.

It’s like opening up a watch and seeing all the gears at once for the first time. Which gear does what? What happens first? What connects to what?

With a little extra inspection, the complexity actually becomes very simple. There is a method, a pattern, that creates the clear result. Getting through that first stage of “Whoa!” is all it takes.

I often equate learning influential communication to my first time in Los Angeles. I rented a car and was on my way to meet a friend at Chipotle for lunch on Ventura Boulevard.

I don’t know if I have ever felt more homicidal in my life.

One moron in front of me was driving in two lanes, moving slower that the old man using his scooter on the sidewalk. Shouting every obscenity I could – within the safe confines of my car – the driver behind me was doing the same blaming me for the slow pace while letting his horn do some of the talking as well.

“There’s nothing I can do!” Screaming and gesturing with every ounce of my Italian blood, “It’s not my fault, so shut the hell up!”

I was visiting LA to test the waters and make sure that I wanted to live here. This moment definitely went in the “con” side of my pro/con list.

Finally, Mr. Magoo turned right and cleared the path for normal drivers to drive normally. Except that all the frustration everyone felt quickly released through their right foot pressing on the gas. Now, cars whizzed by and weaved around each other like an angry ballet where all the dancers are fighting over the last Kit-Kat.

The stress of trying to get to my destination mixed with the battle royale on the roadway was overwhelming. Looking for building signs while dodging reckless drivers was a true test in multi-tasking.

Then came round three: looking for parking. Los Angeles isn’t known for having ample parking and Ventura Boulevard likes to keep that tradition alive. Wanting the madness to end, I parked behind the Pier 1 Imports store and said a prayer to the parking gods to not give me get a ticket.

My first words to my friend were, “Jesus! It’s madness out there!” (Not my most effective communication decision. Re: first and last 5 minutes.)

Looking at my sweaty – uh-hem, I mean – glistening face, he asked, “Did you walk here?”

“No. I parked 4 blocks down and was running late so I walked here as fast as I could.”

“Oh! I should have told you, there’s tons of parking behind this complex.”

I wanted to strangle him.

I’ve lived in LA for over 2 years now. I drive up and down Ventura all the time. Any time I pass that Chipotle and that Pier 1, I laugh to myself. Why? Because it really isn’t that scary. It’s not that fast paced. The Mr. Magoos are always there. The guy laying on the horn still needs therapy. And there is much more parking available than I initially realized.

So, what changed? I now have a map of the territory in my mind. I know what’s coming up next. I know that if I get stuck behind Mr. Magoo, I can turn on certain side streets to get around him. I know that there are 3 entrances to the huge parking complex. I know about the not-so-well-known parking spots in an alley/side-street. I know which meters are for only an 1 hour and which are for 4 hours.

I know what lies ahead before I get there. And, I have options and contingency plans if something blocks my original path.

Now, think for a moment about when you knew you had to influence a stranger. You needed to sell your product to a new contact. You were walking in for a job interview. You were presenting your initiative plan to the board of directors.

Those stress-filled, critical moments can feel exactly like my first time on Ventura Boulevard. So many things are happening. You know your destination lies ahead somewhere, but you’re not exactly sure how to get there. You’re focus is bouncing back and forth from what they say and how they say it, to what you should say, how you should say it, and when to say it. You’re in unfamiliar territory without no roadmap – just your instincts and a few glimpses of some road signs passing by.

This is why I love the study and discussion about influence. Because new territories don’t feel as overwhelming. You see the roadmap build out in front of you as you pick up on subtle communication signals that serve as your mile markers. You become a seasoned traveler on the influential streets and highways. You see the patterns and they guide you through the process. 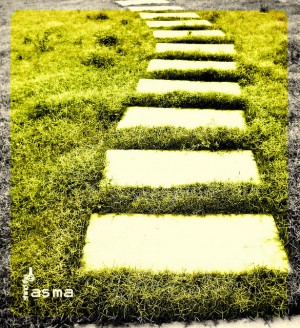 Certain body language signals will let you know whether to take a step left or right in your approach, just like the addresses of a building will let you know if it’s on the North or South. Their word choices will guide you through the lesser known side streets to influencing them. Significant shifts in tone will clue you in on if you’re on the influential highway, or if it’s going to be a slower paced traffic light situation.

You’re influential moments don’t need to cause you hypertension any more than navigating your way through town to meet a friend for coffee.