Skip to content
Previous Next
What Good People Can Learn from Con-Artists: Bringing the Dark Arts of Influence into the Light

Why are we so drawn to the con-artists in film and television?

The true story of Catch Me If You Can had us in awe at Frank Abignale’s ability to become anyone – from an airline pilot to a doctor to a lawyer. 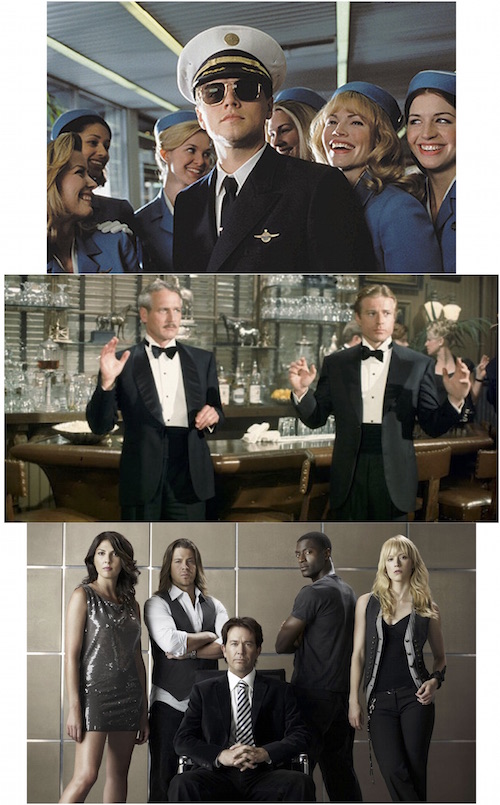 And who didn’t fall in love with Robert Redford and Paul Newman in The Sting? The catchy tune alone has you hooked.

The show Leverage gives us the full variety of con-artist archetypes – the mastermind, the grifter, the thief, the muscle, and the hacker.

These Hollywood versions of con-artists are compelling, romantic, and a bit inspiring. We watch these Robin Hood-esque heroes pull off impressive feats by using their wits, intelligent planning, and adaptability. We daydream about having equally convincing cunning.

Of course, the real-life versions of the folklore is less glamorous. Con-artists are usually forged in difficult and dangerous upbringings. Their charm is a survival technique that turns into a delinquent asset. And any glamorous lifestyle they might accumulate dissolves when they take their mugshot. 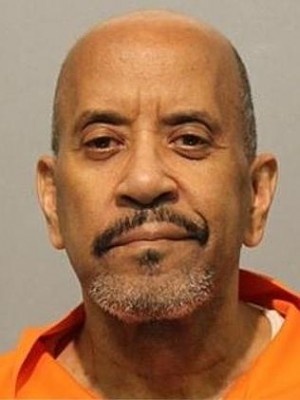 For example, a career con-artist’s reign recently ended with a new orange jumpsuit. William Douglas Street has been called “The Great Imposter.” Living a life in a Catch Me If You Can style, Street impersonated individuals from a dry cleaner to a Major League baseball player.

He was convincing, but for all the wrong motives.

With that said, there is no denying that a con-artist’s skills are highly valuable.

If you take away the schemes, lies, and aliases, what you have left is someone who knows how to set a plan in motion by recruiting and motivating people to take action using advanced communication skills.

Something is wrong when a con-artist knows more about persuasiveness than leaders.

So, what can us moral and ethical folk learn from these deviant, disreputable con-artists? Well, quite a bit, actually.

The best influencers, con-artists included, are not successful because they’ve found the skeleton key to the human psyche. There’s no one-size-fits-all influential technique. Con-artist are influential because they have a keyring full of potential persuasive keys. Their skill is in knowing which key unlocks which motivator.

So, let’s talk about some of the keys that con-artists use that make them so alluring to their victims and how you can use the same keys to empower the people around you.

The Compelling Allure of Conversational Focus

One of the biggest differences I see between a con-artist and an “average Joe” is that the con-artist has the compelling ability to make you feel like the only person in the room. Some people might call it “turning up the charm,” but all they are really doing is focusing all of their attention on you. 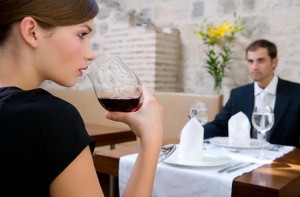 They aren’t distracted by other people in the room. They aren’t looking to see if there is someone more important to talk to. They don’t keep checking their phones. And if someone calls, they dismiss it and say they’ll call them back later. Their eyes and ears only see and hear you. They delight to be in your presence.

It’s no wonder that their victims will do just about anything to keep the con-artist around. It is a drug. Your brain floods with happy chemicals when you feel like you’re making a connection with someone.

Make the person you are talking to feel like the only person in the room.

In addition to keeping their energetic attention on their victim, con-artists are brilliant at making their victim feel heard, recognized, validated, and appreciated.

“Yeah, your coworker is being a bit of a bitch.”

“I totally understand. It really can be hard to deal with that kind of pressure.”

“I’m always so impressed by your ambitions!”

If feeling like the only person in the room is a drug, then this kind of validation is heroin.

Once their victim is hooked, con-artists will sometimes hold back their validation and even start showing disapproval to manipulate the victim into doing whatever it takes to get the validating drug back. Some people will do anything to stop the pain of disapproval to get back to the ecstasy of getting their kindred spirit back.

Obviously, this is the height of manipulation.

In no way am I saying that you should be so callous. Con-artists take a core human desire – to be seen – and twist it into something disgusting.

But, before the twisting happens, there is something pure and powerful. And it’s something that normal, ethical people miss out on.

Verbalize your approval and give validation to those around you. Show sincere appreciation.

Somewhere in the middle is a powerful and ethical influence.

You certainly do not (nor should you) validate everything that everyone says. You don’t need to support gossip. You don’t have to wallow in someone else’s grievance. And you don’t have to give credence to false statements. (All of which the con-artist has no qualms about doing, as long as it gets them the financial reward that they seek.)

On the other hand, you also don’t want to be on autopilot and miss out on powerful opportunities to connect.

Instead, you want to actively look for ways to appreciate your mark. Give words to what you like about someone. Anything from simple, sincere flattery, to a validating comment, to the profound recognition of someone’s essence.

To help you out with ideas, check out The Five Love Languages. It’s written to help couples, but the philosophy applies to any kind of relationship. You earn extra influential bonus points when you use the kind of “love language” that your mark prefers. This is where your observation skills can turn you into a powerful influencer.

Compliment someone’s clothes. Write an appreciation card. Have a heart to heart moment.

We all deeply crave to be seen and appreciated. You can easily give that gift to someone in a beautiful moment.

And who knows, maybe if more of us used this “technique” then it would diminish the “dark side’s” power when con-artists attempt to use it for their ill intentions.

Lean In to Likeable

Of course, the con-artist molds themselves to become a character in order to be likable. Their agreeable nature is false and formulated. They take on an alias because they know they can’t keep the pretense forever.

In addition to the techniques already mentioned, a few simple things can increase your likability. 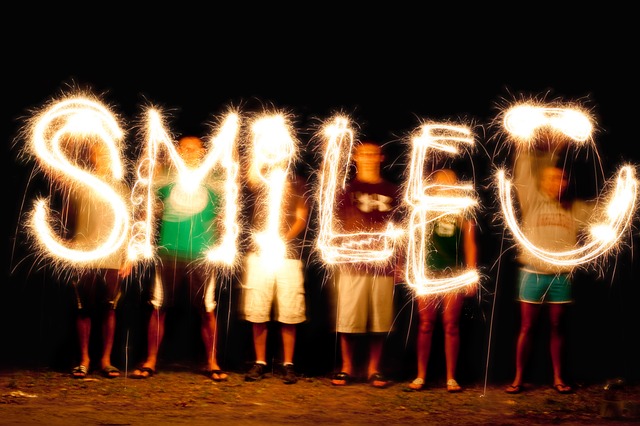 So, get your smile on, you sexy smartypants.

Also, one aspect of being likable is being approachable. Keep your body language open. Square your torso to the person you are talking to. Try to keep your arms to your sides in a comfortable manner.

Anytime your “soft underbelly” is exposed to someone else (meaning that nothing is blocking your chest or stomach area), you are demonstrating comfort, approachability, and confidence.

Con-artists are amazing at hooking into their victims’ core dreams, desires, and also their insecurities. Again, they use a powerful tool for destruction.

Leaders need to reclaim these techniques and skills so that more positive persuasion is created in the world.

Be curious and fascinated by your mark. Pay close attention to the dreams that they have for themselves and their loved ones. This is where you connect your influential intention to your skilled observations. Remember, influence is, at it’s core, a 3-step process. Observe. Connect. Influence.

To learn about what to observe and how to observe (like the Influential V.I.B.E.S.), check out the Building Personal Influence self-study course or join the online mentorship of INFLUENCE HQ.

Influence is communication with a goal.

Before a con-artist says a word to their victim, they already know what they want to get out of the relationship and how much money they will try to squeeze out before they bolt.

You can use all of the techniques laid out in this article and not be influential. You will be a better communicator and better liked, but you won’t be influential unless you know what you are aiming for.

Set your influential intention by knowing what you want your mark to do, say, or feel. And be clear about how you would know that you accomplished your intention. What measurable outcome do you want from your mark? What action? By when? In what manner?

Always set your influential intention in a positive frame.

Practice creating your influential intention before conversations. What do you want and how will you know that you accomplished it?

By knowing your target, you empower yourself to be proactive in the conversation. And when you know where you want to go, you see many angles for how to get there. 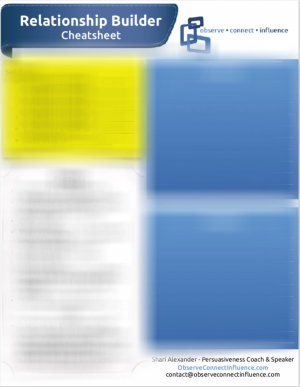 Create Your Perfect Relationship Strategy with This Cheatsheet!

Success! Now check your email to get your cheatsheet. Make sure that shari@shari-alexander.com is set as a "safe sender" so that your cheatsheet doesn't get grappled by the claws of your junk mail folder.