Skip to content
Previous Next
Why Being Wrong Makes You Right

Let’s just agree right away that people don’t like to tell you things… especially if they believe the information is sensitive. If divulging something could be embarrassing or put them at a disadvantage, they are definitely not telling you squat.

You see this all the time in business.

Want to know what someone’s budget is?

Good luck. They don’t want to tell you because they’re hoping that they can get you to bid under-budget and they can save money.

Want to know how someone feels about their boss?

They’re probably going to play it close to the vest because they don’t know if you’re going to blab it to someone else.

Yeah, ok. I’m sure they’ll be thrilled to show you how to take their customers away from them.

People don’t like to tell you things, especially the stuff you really want to know.

But, that’s no reason to stop you from getting the information now is it? 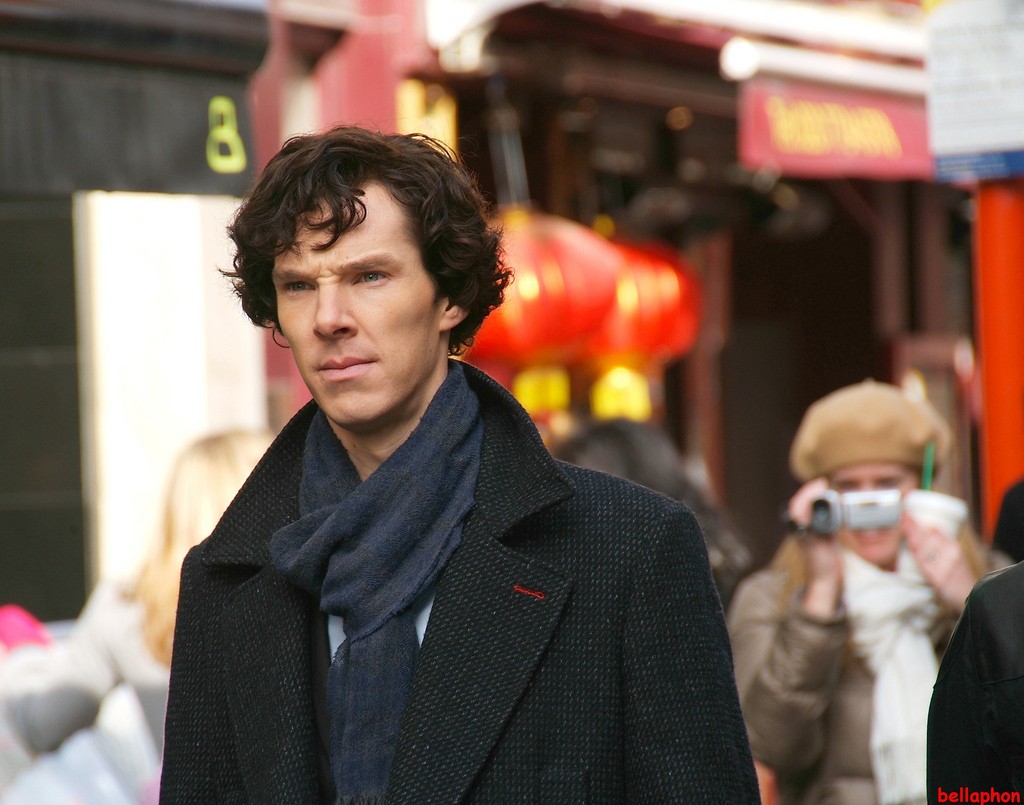 A Lesson from Sherlock Holmes

One of the best lessons in getting information from a person can be learned in the BBC series Sherlock. (Well, the books too, but this particular example came from the show.)

Sexy Benedict Cumberbatch plays the role of Sherlock Holmes. In the episode “The Great Game,” he approaches a woman, Mrs. Monkford, whose husband has apparently just been murdered. He pretends to be a boyhood friend of her husband and says, “ … we grew up together.”

MRS MONKFORD: I’m sorry, who? I don’t think he ever mentioned you.

SHERLOCK: Oh, he must have done. This is … this is horrible, isn’t it? I mean, I just can’t believe it. I only saw him the other day. Same old Ian – not a care in the world.

MRS MONKFORD: Sorry, but my husband has been depressed for months. Who are you?

SHERLOCK: Really strange that he hired a car. Why would he do that? It’s a bit suspicious, isn’t it?

MRS MONKFORD: No, it isn’t. He forgot to renew the tax on the car, that’s all.

SHERLOCK: Oh, well, that was Ian! That was Ian all over!

MRS MONKFORD: No it wasn’t.

And with that last sentence, Sherlock learns all he needs to know about Mrs. Monkford.

(I won’t spoil anything here for you, just in case you haven’t seen the episode. And, well, if you haven’t, I feel as though we should have a serious conversation about your life choices.)

As Holmes leaves the woman, Watson comes up to him and asks, “Why did you lie to her?”

Sherlock’s response is one of the best lessons in eliciting information from a reluctant source. He says, “People don’t like telling you things, but they love to contradict you.”

Now, before I drop more knowledge bombs about the genius behind that sentence, I must first give props to the originator of that sentiment. You see, the above line – “People don’t like telling you things, but they love to contradict you.” – was written for the Sherlock show by Mark Gatiss. He brilliantly summarized a point made by Sir Arthur Conan Doyle in the original Sherlock Holmes stories.

So, we must first geek out with some canonical reference.

In The Sign of Four Sherlock says, “The main thing with people … is never to let them think that their information can be of the slightest importance to you. If you do, they will instantly shut up like an oyster. If you listen to them under protest, as it were, you are very likely to get what you want.”

Why Asking Questions Isn’t Working for You

Let’s go through what happens in your mind when someone asks you a question. In fact, let’s ask a very personal question: How much do you weigh?

If someone were to ask you this question to your face, you would have a series of thoughts before you uttered a response.

You would ask yourself:

All of this happens within a fraction of a second. One question – “What do you weigh?” – triggers obstacles and filters that your response must surpass before you say anything at all.

This is not an effective way to get unadulterated information.

We are wired to question questions.

Back to Sherlock Holmes…

So, how do you get unfiltered information from someone? (Or, at least, less filtered.)

One way is by following the advice of Holmes himself.

Instead of asking a question, make an assumption.

Yes, I know what you’ve heard about assuming, but in this case, it actually makes you influential.

Adding a presupposition to your comments will trigger the other person to either verify or deny your statement.

I’ve used this many times when I want to learn the successful marketing strategies someone is using. There is a distinct difference in the tone of the conversation if you ask a direct question versus if you make a presumptive statement.

For example, if you asked someone “What did you use for your last product launch?” you would get a very generalized and guarded answer. It wouldn’t give you much value or insight.

On the other hand, if you said, “I bet using online quizzes made a big difference in capturing more leads,” you will get one of two responses.

The person could say, “Yeah! They’ve been a gold mine for us.” In which case, you’d be smart to say something like, “I’ve heard that XYZ software is the best for that.” To which they will verify or deny that statement. You’ve now learned if quizzes are a good lead capture tool and which tool to use or avoid, and your “mark” doesn’t feel like they’ve just been interrogated.

The other potential response to your initial statement of, “I bet using online quizzes made a big difference,” is for them to deny the statement and passionately correct your foolish thought. They could say, “Oh hell no! Quizzes didn’t do shit for us. We tried that and it tanked.”

Great, you now know that they used something else. But what did they use?!

You could ask them directly, but we know how that has a higher failure rate. So, it’s probably best to follow up with another assumptive statement. “Oh yeah, I heard quizzes aren’t as good as what they used to be. Nowadays it’s all about SMS, right?” And again, they will validate your statement or deny it.

And here’s the great thing! In their mind, you have now made two incorrect statements. If you are in rapport with this person, they will now feel MORE obligated to throw you a bone and help you out. THIS is how being “wrong” makes you right!

Now you are more likely to get a straight-up answer about what worked for them. “You know, we haven’t even looked into SMS. What really moved the needle for us was Facebook ads.”

And there you go!

Don’t Be Afraid to Be Wrong (In Fact, You Should Do It More Often)

Most people are terrified at the notion of looking like a fool in front of someone. They avoid making bold statements because there is a chance that they could be wrong and feel embarrassed. I’m never afraid to say something incorrect in a conversation (in fact, sometimes I do it on purpose) because I know that I can leverage it and get more influential intelligence during the conversation.

It’s ok to have a differing opinion than someone else because they will more than likely spend the next 20 minutes telling you why you are wrong. And during that time you will learn key intelligence (whether factual or specific to that person’s influential triggers).

Being wrong is an opportunity for more influential intel.